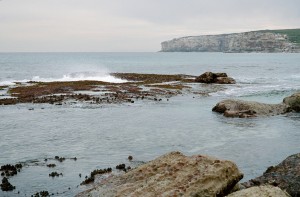 Natural rock pool located south of Port Hacking on the coast of the Royal National Park, which  separates the cities of Sydney and Wollongong. Photographs show this has long been a popular bathing place for park visitors.

Late nineteenth century
Established as The National Park in 1879, this national park celebrated as ‘the lungs of Sydney’ was the world’s second national park and the first such park in Australia .

Tracks from the railway station at Waterfall leading down through the Park to the coast  became popular with bushwalkers and campers.

1950s
Following the 1954 visit of Queen Elizabeth II to Australia, the National Park was renamed the Royal National Park.

This website is owned by All into Ocean Pools Inc,  a not-for-profit, volunteer community … END_OF_DOCUMENT_TOKEN_TO_BE_REPLACED