Check out this pool

Cape Paterson has two beaches, the Cape Paterson Surf Beach and the Cape Paterson Bay Beach, which has a man-made ocean pool sited on a rock platform. (Thanks to our member, Sandra Blamey for giving us permission to use her 2017 images of this pool on our website.) 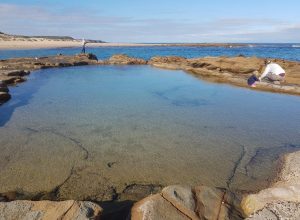 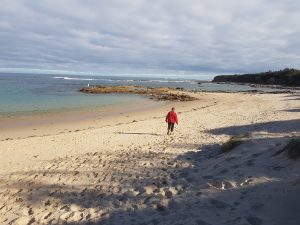 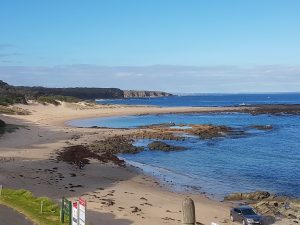 1850s
Coal was being shipped from Cape Paterson to Sydney.

2014
The Cape Paterson Bay Beach Activity Area Master Plan adopted by Bass Coast Shire Council supported improvements to ‘the iconic man-made tidal rock pool’  such as improving access to the pool for people with disabilities and reducing the hazards posed by the pool’s ‘dangerously sharp concrete edges’.  Community consultation had highlighted concerns that overdevelopment of the rock pool might detract from its  historical significance.

2015
The rock pool is still seen as adding to the appeal of the beach. Images of the pool appear in Travel Victoria’s Wonthaggi photos.

The State Coal Mine at Wonthaggi is a heritage site offering underground tours.

2017
The year when the images on this profile were taken.

This website is owned by All into Ocean Pools Inc,  a not-for-profit, volunteer community … END_OF_DOCUMENT_TOKEN_TO_BE_REPLACED