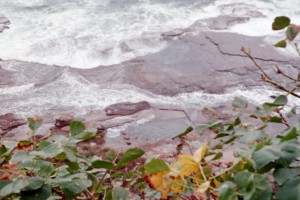 A rock pool created on a rock platform at the base of a steep cliff in 1902. A ghost pool accessed via a steep, winding path from Maronga Park Reserve, which overlooks the pool.

Historical notes
Shafts of an early coal mine exist on the cliff face.

1902
Tenders were called for the construction of sea baths at Clifton and the pool was completed by September 1902. There are also reports that unemployed miners built the pool around the beginning of the twentieth century, enlarged a natural hollow in the rock platform by blasting the basin and a channel, so water flowed in and out of the pool, shaped or chiselled the rock to form a rectangular pool, constructed a concrete wall at the south-east corner of the hollow and carted the rock away by hand.

1930s
The pool was very popular with the local community, which maintained the pool for 30 years. A valve/channel system allowed water to drain out and return.

By 1938, Bulli Shire was close to achieving its stated desire of having baths along the coast from Woonona to Clifton and was spending 1,000 pounds a year on baths.

1945
The Clifton Progress Association wanted a road made to the Clifton Baths, ‘one of the oldest rock pools on the coast’, but hard to get to without trespassing on private land. The Council engineer undertook to report back on taking over a section of land to create a public road to the baths.

Around 1989
A rock fall reduced use of the pool by local residents.

2002
Wollongong City Council voted to undertake community consultation about closing down the Clifton rock pool and five other ocean pools. The Clifton pool was slated for removal as it was said to have little usage.

2003
The pool’s concrete was severely eroded. Steel reinforcing bars were exposed on the almost completely disintegrated western and southern walls of the pool. Large rocks had fallen into the pool and sand partially filled both the pool and the channel.

The contentious closure of a stretch of the coast road between Coalcliff and Clifton forced visitors from Sydney to head south on the F6 freeway and descend to the coast via the Bulli Pass.

This website is owned by All into Ocean Pools Inc,  a not-for-profit, volunteer community … END_OF_DOCUMENT_TOKEN_TO_BE_REPLACED