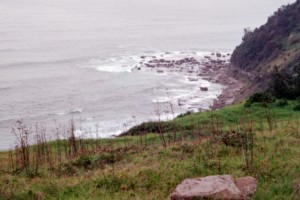 Located on the north side of Cape Horne, near the Woonona coal seam and Poverty Beach, Scarborough. Never a council-managed pool.

1920s to 1930s
Dr Featherstone created the pool known in his honour as ‘Doctors Pool’ during the Depression years.

This website is owned by All into Ocean Pools Inc,  a not-for-profit, volunteer community … END_OF_DOCUMENT_TOKEN_TO_BE_REPLACED