Hamersley Pool is an informal. reef-enclosed, tidal pool recorded as attracting swimmers and bathers since the early 20th century. 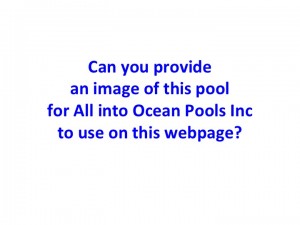 1890s
The Hamersley family owned one of the few houses near North Beach or between North Beach and North Fremantle.

1919
Hamersley’s Pool was a favourite spot, and ‘its area is being continually enlarged’.

1932
Plans were prepared for the improvement and beautification of the esplanade at North Beach, extending from Hamersley’s Pool to Waterman’s Bay.

There were complaints to the Perth Road Board about the state of ladies’ dressing sheds at Hamersley’s Pool  and requests to erect men’s dressing sheds.

The safety afforded by the pool was still valued, but there were complaints about:
•    access to the pool,
•    the lack of  dressing sheds for men, who had to ‘use  a halfwrecked lavatory to change in, and to leave their clothes anywhere on the. rocks; or keep watch for.each other while they undress behind rocks’,
•    the state of the ladies’ dressing shed where ‘the sand has silted in until it is up to. the level of the seats, and it is necessary, to stoop to get into the den’.

By December, good progress was being made on the erection of bathing sheds at Hamersley’s Pool.

1934
Hamersley’s Pool was still considered a  ‘wonderful bathing spot for families’
New stone bathing sheds had been erected at the pool and the Perth Road Board was considering ways to  remove some of the rocks from the pool. There were suggestions that any action to  remove rock and improve access was long overdue and concerns about erosion around the pool.

The Perth Road Board had ‘cut through the rock at the northern end, of Hamersley’s Pool’ to make space for a road and built paths at the top of the cutting.

November saw the opening of the ‘macadam road, 100 feet wide in places, with a pavement on each side.’  About 35 chains in length, it extended from Hamersley’s Pool to the North Beach jetty. ‘On the side of the road nearest to the sea a low parapet wall has been erected, and from Balcatta Beach-road to Hamersley’s Pool there has been constructed a stone retaining wall’.

1935
Hamersley’s Pool was one of the most attractive features of the beach  as its clear waters provided ’a fine place  for bathing and in season is taken full advantage of by thousands, but the ordeal of walking  the sloping and rock-strewn track to the pool takes a lot of enjoyment out of the swim and possibly influences people in making their bathing headquarters elsewhere’.

The road board member for Hamersley Ward (Mr. C. A. Burgess-Lloyd) gave assurances that the approach to Hamersley’s Pool would be improved as soon as funds permitted.

1936
Most of the bathers at the Hamersley pool were women and children and despite complaints about the stony track to the pool and unsatisfactory dressing sheds, the pool help draw people to the beach.

The Perth Road Board decided to advance £1,000 to the Hamersley ward to finance essential works at Hamersley’s Pool. By May 1936, this had enabled widening of the approach, construction of a  sealed footpath  and maintenance of the bathing sheds and outbuildings.

The promenade along the beach connected Trigg’s Island, Hamersley Pool, North Beach, Waterman’s Bay and Sorrento.  The reef-enclosed pools were regarded as good safe swimming places along that coast with its high rugged, rocky outcrops.

1938
Miss Ellen Hamersley, aged 71, was still living in a ‘rambling old home only a stone’s throw from the popular North Beach pool which bears the family name’.

1939
Hamersley Pool was considered ‘a natural basin which is without peer in the State’ for safe swimming.  Improvements to its path and bathing shed had made the pool more attractive to swimmers and beachgoers.

1940
Hamersley’s Pool with its safe waters was recommended for a swim.

1944
The Hamersley Pool was very popular with young and old.

1953
A letter to The West Australian complained about dogs in Hamersley Pool and broken bottles around the pool.

This website is owned by All into Ocean Pools Inc,  a not-for-profit, volunteer community … END_OF_DOCUMENT_TOKEN_TO_BE_REPLACED