A reef shelters this  large, informal, ‘improved’,  ‘natural’ rock pool developed through the efforts of one man, his children and grandchildren. It has long been popular as a safe and appealing swimming and snorkelling place  and a venue for learn-to-swim classes. 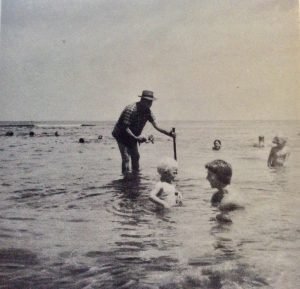 The relevant local government body is City of Stirling

Frank Mettam was born in 1895 Wollongong,  which had several 19th century ocean pools (see the Chain Baths, Men’s Baths and Ladies Baths).  He came to Perth as a young boy.

Frank and several other Mettam relatives served in  the Australian Field Artillery. Frank served in Egypt and France. 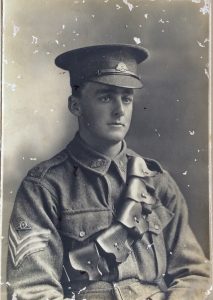 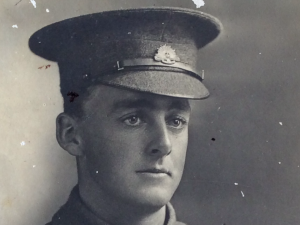 During the Battle of the Somme, an enemy shell burst near Frank and tore off chunks of his ankle, leg and knee. Regular walking and swimming would become part of his effort to recover from those wounds. He was advised to go to the ocean  and swim and walk to help regain the use of his leg. His family lived in Mount Lawley, but bought a beach house at Trigg to give Frank easy access to the ocean and beach.

Frank Mettam initiated development of an ocean pool at the beach near his family’s beach house, because he knew the area’s sharp rocky terrain made it hard for people to swim or even walk on the sand for fear of treading on sharp rocks. He also knew that fear of shark attacks made  people wary of swimming in the open sea.

Frank planned to cut out the limestone reef to create an improved ‘natural’ pool, where children could play happily, safe from sharp rocks and sharks.

His war service had given Frank a knowledge of explosives and to anyone with a Wollongong or IIlawarra connection, the idea of using explosives to create an ocean pool would not have been strange.

When Frank began slowly removing chunks of the limestone reef using explosives and a large crowbar, he was beginning a project that would take decades to complete and involve his children and his grandchildren.

Road improvement projects involving the use of explosives may have provided some of the explosives used to improve the pool.

After the 1940s, the improved pool was known as Mettams Pool and regarded as a ‘safe’ swimming space well suited to children and elderly persons.

In the mid-1960s, Frank Mettam was still working to improve  Mettams Pool and using his famous giant crowbar to remove  ‘just one more rock’.

Mettams Pool was mentioned in advertisements for nearby land and attracted regular early morning swimmers.

Mettams Pool remains popular as a safe and appealing swimming and snorkelling place. Favourable reviews of Mettams Pool appear on sites such as TripAdvisor and Yelp. Some regular early morning swimmers have  swum at Mettams Pool for decades.

Recreational fishers in search of abalone also flock to Mettams Pool during the west coast’s very brief and high regulated abalone fishing season – one hour on the first Sunday of November, December, January, February and March with strict rules regarding the number and minimum size of each licensed recreational abalone fisher’s catch.

The West Australian Department of Education runs vacation swimming classes at Mettams Pool in the summer.

A wheelchair-friendly ramp earned praise from many visitors to Mettams pool.

In his 2010 book Land’s edge: A coastal memoir, Tim Winton wrote about learning to swim and snorkel at Mettams Pool at the age of seven.

Kim Meetam’s article Explosive History behind Mettam’s Pool was awarded an Honourable Mention in our 2018 Research Award.  Kim is Frank Mettam’s grandson and he sees Mettams Pool  as ‘an engine of happiness and joy for everyone… Even with a day’s visit to an ocean pool the sights, sounds and sensations stay in the memory of a person for a lifetime’.  He believes his grandfather Frank would have been thrilled with the enduring benefits that Mettams Pool brings to the Perth community and its role as a drawcard for overseas visitors to Western Australia.

This website is owned by All into Ocean Pools Inc,  a not-for-profit, volunteer community … END_OF_DOCUMENT_TOKEN_TO_BE_REPLACED